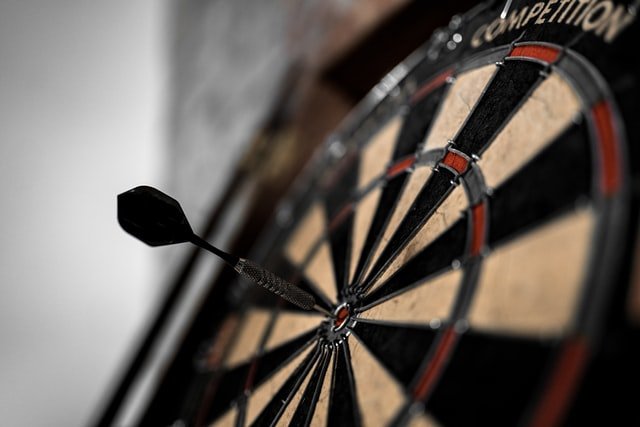 Darts has become increasingly popular in recent years, with many televised events and competitions becoming increasingly famous around the world. You may not be able to watch, play, or even comprehend Darts, and we recommend that you study more about the sport before placing any bets on it; but, if you do have some knowledge of the sport, you can continue reading to learn more about PDC Darts. Many darts teams, particularly local and smaller teams, will compete in an interlocking tournament in which only one team will emerge victorious. On a larger scale, tournaments such as the PDC World Darts Championship allow the top darts players in the world to demonstrate their mastery to the rest of the globe.

History of the PDC Championships

The PDC World Championship started with its first series in 1994, following an event in the Darts world that is known as ‘the split’. This split came about when there was a dispute between some of the sport’s top players and the sport’s previous governing body, the British Darts Organisation (the BDO). These professional players split off from the group and then the World Darts Council was formed. The first season of the PDC Worlds took place and featured all of the world’s best players competing for the title.

The first few seasons, from 1994 to 2007, were played in the Circus Tavern in Purfleet, Essex, until the 2008 season which was the changing point that now sees the PDC World played in the Alexandra Palace in London. The PDC World Darts Champions  The tournament is played in a Sets format and each player will gradually progress until the winner is decided at the end of the tournament.

Previous winners of the PDC include players Phil Taylor (14 wins), Michael Van Gerwen (3 wins) and the most recent Gerwyn Price who will be one of the favourites to win the tournament again this year. The prize value has risen from £16,000 in 1994 to a whopping £500,000 in the recent years of the competition. William Hill are the current sponsors of the competition.

How This Darts Season Is Going

During the calendar year, there are other Darts tournaments outside of the PDC Championships. Two of these tournaments are decently important in terms of seeing who is looking good to challenge for the PDC title. The first of these competitions in the Premier League, which was most recently won by Jonny Clayton, and the Grand Slam from which Gerwyn Price took the victory.

When you look at current form, the same name springs to mind for the upcoming PDC Worlds and that is Gerwyn Price. He could be well on the way to winning back to back PDCs as well as winning the Grand Slam in between. Players who are not in the best form as of right now include Glen Durrant and Rob Cross who both performed quite badly in the Premier League.

Build-Up To The PDC Worlds

The tournament is played in Sets and there are 96 total competitors. 32 of these competitors are the top in the world, and these people are automatically secured a place in the 2nd round of the competition. The players who are in Round 1 include 32 global players and 32 other Pro Tour competitors who will compete against each other in a 64-team elimination round. Looking at the buildup to the PDC World Darts Championships would show you that there are some definite favourites for this tournament as well as some players who could potentially become a great underdog story if they can collect good form during their matches.

When Are The PDC Worlds?

This year, the PDC World Darts Championship 2022 will take place from the 15th of December 2021 until the 3rd of January 2022. This will class as a great Christmas/New Year’s gift for whoever comes out of the competition victorious!

Betting On The PDC Worlds

As with betting on any type of sport, it can become quite confusing when trying to choose which bets to place or who your best options are for wagering your money. In Darts, there is not a huge host of options to choose from so it becomes a bit more simple overall. There is enough of a range for it to be an enjoyable experience, but it will not become daunting and you can very easily pick out the bets you want to place.

In Darts you can bet on options such as outright winners, Place bets (saying someone will reach the final or come third etc), total number of 180s in the tournament and a few others that can all give you a decent chance of choosing that winning bet. You can find a full Darts Betting Guide here on The Rockies which will give you more information about the different types of bets and how to place them on the PDC Worlds.

We have had a look at the competition and its competitors and we think we have decided on who we think will do well this year. Most of these names are the ones you will probably expect as they seem to perform in every single competition they compete in.

Coming in our Place bets are Price, Wright and Clayton who are all veterans of the PDC. Gerwyn Price is in incredible form and has just recently won the Grand Slam after also winning the PDC last year, so he will be looking to stick to this winning trend and do well this year. Wright is one of those players who keeps coming back for more and he looks great every single time he plays.

Be sure to claim some of our sports betting bonuses so you can gain some more funds before placing any bets.

We are exciting for this years edition of  PDC Darts and it seems like it will be another exciting tournament of Darts games that will see Gerwyn Price either keep his crown or have to offer it up to somebody else if it so happens that someone else takes the winning position at the start of January and the end of the competition.

Remember to always gamble responsibly and never stake more than you can afford to lose.