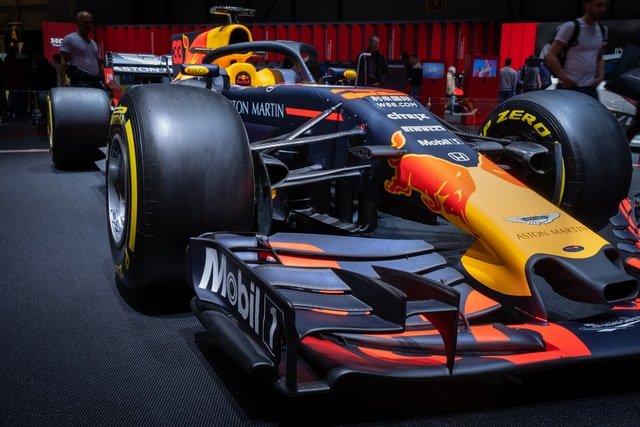 We have now reached the final 5 events of this year’s Formula 1 competition, the Mexican Grand Prix. This event is held at the Autodromo Hermanos Rodriguez in Mexico City, named after the famous Mexican driver that passed away in 1962, the same year as the first Mexican Grand Prix. The circuit length is 4,304KM with the event consisting of 71 laps, the last winner of this event in 2019 was Lewis Hamilton who came 2nd in the US Grand Prix on October 24th.

As mentioned the Mexican Grand Prix first took place in 1962, it was held at the Magdalena Mixhuca circuit until 1970. In 1985 the event returned with a move to the Autodromo Hermanos Rodriguez; apart from an interval between 1993 and 2014 the event has remained at this circuit. In 2019 the mayor of Mexico City, Claudia Sheinbaum announced that it would be the Grand Prix of Mexico’s last year however this has since been postponed until 2022 and renamed the Mexico City Grand Prix until then.

The most successful driver of all time at the Mexican Grand Prix was Jim Clark, he won the event 3 times in the 1960’s. Winners since the 90’s and 00’s hiatus include Nico Rosburg, Lewis Hamilton and Max Verstappen with the latter 2 having won twice since 1014. Both of these drivers are competing in Mexico this year so they are names to watch if you’re looking to place a bet for sure.

Build up to the Mexican Grand Prix 2021

Since the Bahrain Grand Prix in March this year 2 names have dominated the majority of events, Verstappen and Hamilton. Of the 17 events this year 1 if not both of these drivers’ names have finished in the top 2 drivers in 14 of them, the current standings show a clear 2-horse race between them. Verstappen is over 100 points ahead of 3rd place Valterri Bottas with Hamilton over 90 points ahead.

The competition is a lot tighter lower down in the standings with no more than 80 points between 3rd and 8th place. Whilst a podium position may be out of reach for Canada’s own Nicholas Latifi and Lance Stroll in 13th and 16th place it is not over yet. There is still a possibility, especially for Stroll to finish in the top 10 with some good results from Mexico, Brazil, Qatar, Saudi Arabia and Abu Dhabi.

For those that are interested in placing wagers on the Mexican Grand Prix it may be worth noting that Mexico’s own Sergio Perez is currently positioned 4th in the standings. After numerous top 5 positions and a 1st place finish in Azerbaijan, the 31 year old might be able to pull a result on his home turf. Another driver taking part in the 2021 Mexican Grand Prix is Charles Leclerc of Monaco, the whole position winner of the 2019 event who managed a 4th place finish at the US Grand Prix.

The Mexican Grand Prix takes place over the weekend beginning Friday, November 5th with the main race occuring on Sunday, the 7th. On the Friday there are 2 practice races and a further 2 on the Saturday, this will help determine pole positions for the main race. For more details on the 2021 Mexican Grand Prix weekend check out the odds available at our affiliate sites for some sports betting bonuses.

Formula 1 events all year round are extremely popular with sport betting fans, the high-speed action of motor racing is only made more exciting with money at stake. The bets that are on offer during the Mexican Grand Prix relate to the drivers and their teams mainly however there are some bets available on the event as a whole. Newcomers to Formula 1 betting may find that outright bets are the easiest to understand, that is who they believe will win the race. For greater odds at the 2021 Mexican Grand Prix you can also place bets on the winning constructors, the fastest qualifiers, practice winners, winning margins or podium positions. Normally the highest value odds are on the number of cars that will be forced to retire from the race, this could be because of a crash or mechanical fault. It is common for there to be cars retiring from every race.

There are so many potential bets available to be placed on Formula 1 events like the Mexican Grand Prix and other events that take place throughout the year. If you would like to know more about the different options you have when it comes to the dates on each year’s F1 calendars check out our Formula 1 betting page. Along with explaining the multiple opportunities you have this will help you make decisions when placing bets in the future.

Winner predictions at this point seem futile, although it has happened 4 times this year we just cannot see a result without Verstappen or Hamilton at the top. They have proven their worth this year time and time again, the only competition that will be heated up in the final 5 Grand Prix’s is between them two. Bottas, Perez, Ricciardo and Ocon have beaten the 2 front runners before this year so who’s to say they could do it again in Mexico. Keep up with all information before the main race and that will place you in the best position to place a winning bet.

Hopefully you have found this information on the 2021 Mexican Grand Prix and on the bets you can place useful, we hope you are looking forward to it as much as we are. Read through the previews of past formula 1 events like the US Grand Prix available on site if you are new to Formula 1 betting. This will increase your chances of placing an educated bet very much and hopefully lead to an exciting return.

If you are more interested in Casino games take a look at our casino bonus page or perhaps enjoy a demo of the great Free Slot Games we have on site.