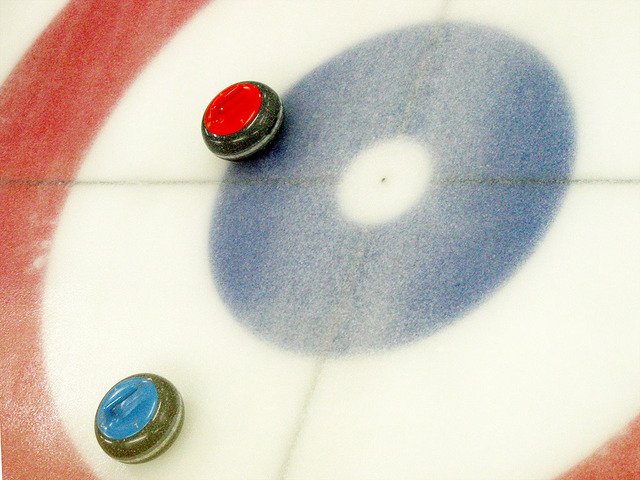 Curling is a winter sport that has been around for centuries. Curlers play on mixed-gender teams of four, working together to slide their heavy stone across the ice and into what’s called ‘the house’. Each player throws two stones per round while teammates buffer the ice is an attempt to impact on its journey to ‘the house’. The goal? To get your own rock closest to centre thus scoring more points.

A History of Curling

In Scotland, evidence of curling stones with the date 1511 and 1551 carved on were found after a pond was drained in Dunblane. Other evidence placing this sport as far back as the 16th Century include references to it at Paisley Abbey from February 1541 and paintings like The Hunters in the Snow from about 1600 AD that show people playing what looks remarkably similar games played today.

Curling is a sport that was first introduced to Canada in the mid-1700s. The accepted story states that Scottish soldiers of the 78th Fraser Highland Regiment used melted cannonballs due to lack of Granite and curled in Québec. In 1807 Montreal’s Curler Club became established, it remains open until this day.

Curling is a sport that has been around for centuries and continues to be popular today with many tournaments taking place both nationally and internationally. There are also lots of opportunities for people who wish to bet on the outcome as there are so many events each year, making it an exciting prospect!

There are many bets that are available to place on Curling including Spread bets, over/under bets and money line bets. These are the simplest bets to understand and therefore a good starting point for newcomers to sports related bets.

Point spread betting adds a hypothetical advantage to the least-favourite to come out on top team, it means that the favourite to win will now have to win by so many points. For example, the bet might work off a ‘-3.5’ dynamic that will require the favourite team to win by 4 points In order to pay out.

Over/Under bets are based around the number of points that will be scored in a match, they are popular with many sports. An example of this could be if a bet was placed of over 10.5 points in a game for 1 team, this would only pay out if the team gained 11 points or more.

Moneyline betting are easily the simplest bets to understand, the refer only to the outcome of a match and so there are only 3 possibly outcomes to choose from, either team to win or the match to end a draw. This is ideal for betters that re not confident enough to place a point spread bet.

With so many curling taking place competitions every year it is a great sport for fans of sports gambling. Though the teams are not gender specific there is even men’s and women’s world Curling tournaments taking place, so you are sure never to be without a game. Why not keep an eye out for curling games on any of our sports betting sites, all come with a review and information around the competitive starting bonuses available via our online betting page.