A Game That Sparks Curiosity 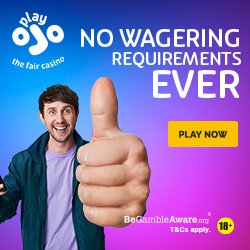 When People get to know about a 10 reel game about such a famous movie and TV Series, it is impossible not to imagine what it looks like and go take a look.

The game features a very interesting trailer, like a true movie, that makes you feel like you are really going to interact with the fictional characters that marked a generation of fan movies. NetEnt made a fantastic job integrating video technology in a slot.

It is interesting to note however that this is a heavy trailer and the user may need to have some patience when opening it and waiting until the game screen appears.

Stats From Another Planet

The stats are very impressive, a 10 real game of two sets of 5 disposed of side by side. The game is really twice as exciting than the traditional format of 5 reels and 3 rows.

The sensation of spinning the reels is hard to describe, only the bettors that felt what is like to see 10 reels moving simultaneously can understand – go try it right now!

Gameplay – The Usual Stuff, Nothing Else

The only thing the player can do is decide the financial aspects of the bets, i.e. simply picking up a level and a coin size and then also decide to play in the autoplay mode or have fun with the standard mode.

There are interesting bonuses and features but the interaction is restricted to setting the bet and spinning the reels.

Planet of the Apes Bonuses and Features

There is no bonus game. This may be a bit of a surprise for a complete game that features such a fantastic video and a surprising number of 10 reels. The game also lacks progressive jackpot as well as multipliers, but there are Scatters and Wilds.

There are two distinct Wild symbols one for each set of 5 reels, the Rise and the Dawn ‘sides’. The Wilds can substitute all symbols except for Scatters and Bonus ones.

There is however some interaction between the two sides. When the Rise side is full of Wilds, the Stacked Wild Feature will be triggered and at the Dawn Area, this same feature will also be active in the corresponding position.

There are two different Scatters – That are Monkeys – one for each different set (Rise and Dawn).

At the Rise set, if you get 3 or more Scatters you will get 10 free spins, and during those, all Wilds landed will be collected and spread over the last free spin – all over the play area.

3 Scatters landed at Dawn area will activate the Damn Free spins which work in a similar way but instead of 10 there are 15 free spins and instead of collecting Wilds there are 3 collectable symbols that will activate a meter that may reward with a special Multiplier (not a standard one), as well as Extra Wild and Extra Free Spins.

Rise Bonus and Dawn Bonus occur when the respective symbols show at their areas and additional cash is awarded for each human and ape at the respective area.

A Very Complete and Exciting Game

The game is quite odd as it features ten reels and the sensation of playing with such a number of symbols is quite hard to compare with other formats such as 5×3 or even 3×3.

The game has good stats and is definitely worth some of your slot time – go test what it feels like to spin ten reels simultaneously! Take a look at our Play OJO Casino Review to gain access to this epic game.