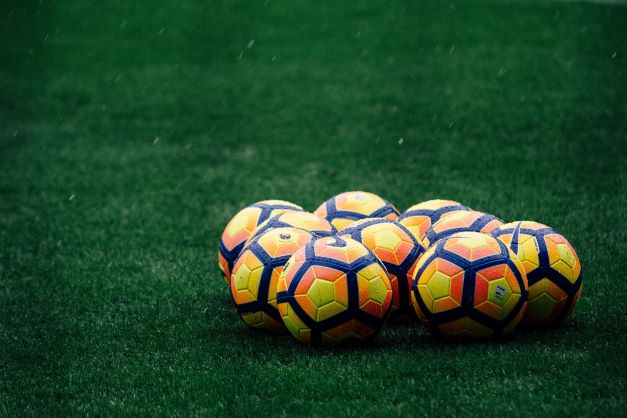 We are loving the way this Premier League season is unfolding, but unfortunately at some point during the season, there has to be an international break. That time is right now, starting from the 8th of November and ending on the 20th of November.

Due to this lack of Premier League games, we are instead going to take a look at some Outright EPL predictions, and reflect on all of the past weeks to see who is performing, who is not, and who we think will reign victorious at the end of the season. Before we jump into any of these future outlooks, we would like to reflect on our own EPL predictions from all of the previous weeks, and mention a few of our favourite soccer bets and favourite games that have occurred over the past 11 game weeks.

We hope that everyone has enjoyed the fun of joining in with our bet slips so far, and will continue to do so till the end of the season and beyond!

So, we started posting our EPL predictions in Gameweek 8 (3 weeks ago), and have had varied success. Of course, we would never recommend you to put every single one of our tips on, and more rather just choose the ones you like the most from the bunch and add those to your bet slip. We post 16 predictions per week, 3 for the best 3 games and then 1 each for the other 7 fixtures.

In Gameweek 8, we posted our 16 predictions. We managed to get 8 of these predictions correct, giving us a 50% win rate on the first week. Disappointing but definitely understandable, especially if you think to put all of the bets on together. Gameweek 9 we improved and hit a whopping 11 out of 16 correct predictions! That gave us a 68% success rate for the second week. Gameweek 10 was much like Gameweek 8, landing 50% success with our predictions. If our sample size was smaller, our accuracy would be much higher, but we like to give a lot of options for you to choose from, meaning every individual prediction is worth 6.25% of our overall win rate. Gameweek 11 we had external predictions, and these only amassed 4 wins out of the whole 16 predictions, a meagre 25% win rate! Not good enough by our standards.

As an overall average, we have landed 29 out of 64 predictions, which is a 45% win rate across all weeks. Hopefully this average will rise by the end of the season!

A Summary of the EPL Table

The table has been moving around a lot over the past few weeks, with the usual culprits staying at the top end of the table, but still fluctuating around the top 4 positions.

The relegation zone is still one of the undecided factors, although it does not seem like Norwich are on the mending path despite signing a new manager. Newcastle are still yet to improve their form too, although Eddie Howe’s first game as manager will be after the international break. Leeds United, another relegation contender, managed to pick up another point from a 1-1 draw against Leicester, which has moved them comfortably out of the drop zone for now.

As it currently stands, Chelsea are clear at the top of the table by 3 points. West Ham beat Liverpool this weekend which took them up to 3rd in the Premier League and also handed Liverpool their first defeat this season.

Looking at the current form of the table’s top-half, we can make educated guesses about who will finish in the top four. So, here it goes, our prediction for who will finish top four this season based on stats, form, players and historical evidence:

Now, we understand you may not agree with these predictions, but we are happy to give you our reasoning behind each one.

Starting off with West Ham in fourth, we believe that West Hams entry into the Europa League from the 2020/21 season, as well as David Moyes’ brilliant managerial skills, will bring them a lot of good fortune in this EPL season. It seems apparent that they are here to stay, and after challenging (and succeeding) for Europe last season, we cannot see why they wouldn’t do it again!

Next, Manchester City, who are the current title holders. Despite the signing of Jack Grealish and the improvement of players like Foden, Walker and De Bruyne to name a few, we do not think Manchester City will hit 2nd or 1st position. Finishing in third after winning the title is obviously disappointing, but it would not be a surprise.

Liverpool next, sitting in 2nd position at the end of the season based on our EPL prediction. In an external prediction, we can see Mo Salah receiving the Golden Boot, and for that reason it would make sense for Liverpool to finish top two.

Unfortunately for Klopp’s side, we think Chelsea will just pip them to the post, maybe even just on Goal Difference overall. Chelsea have been in striking form all season, only suffering 1 loss and currently sitting on a goal difference of +23 (27 scored, 4 conceded). The entire team, with extra credit to the players in defence and in goal, have proven insanely strong this season, and we think this will pay off for Tuchel’s men.

The bottom of the table is a bit more difficult to predict overall, as it stays very low scoring and low points, meaning if one team manages to secure a point or 3 they could jump out of the relegation zone, then drop back down the next week. Of course, we make a knowledgeable guess based purely on the stats of each team and the performances we have watched so far in the league. Here goes:

Newcastle may be a controversial choice to be in the relegation zone, but at this point in the season it seems virtually impossible for them to recover, even if Eddie Howe works his magic. If they do manage to survive the drop this season, it will be by a very slim amount and would be a surprise to us.

Watford started the season off decently, much like Brentford did, but it seems that now at this point in the season Watford are slowly losing grasp of their form. Having just come up from the Championship again, it makes sense that they do not have time to grow acclimated to the English top flight of football.

Norwich in 20th place seems like a given based on their lack of any sort of push. We could see the new manager step in and bring them up to speed, but as of right now it looks almost certain they will stay at the rock bottom of the league table.

As with any sort of prediction, it is very difficult to be 100% accurate, but we do try to make sure our predictions are as reasonable, believable, and accurate as possible in order to bring you some sort of helpful information in our EPL predictions.

Make sure to check out our online betting sites for the best sports betting bonuses around.