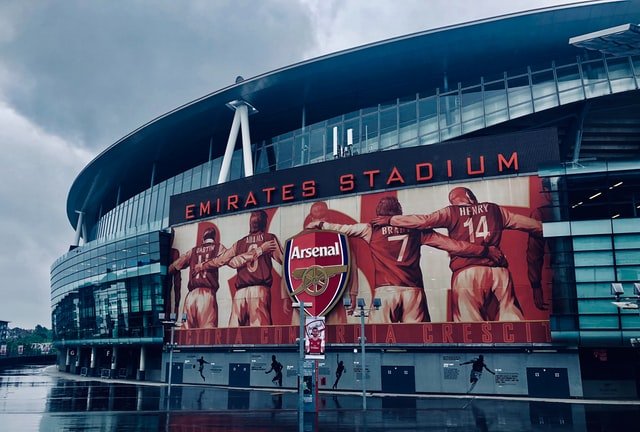 Storm Arwen was in full swing this weekend but luckily we were still able to watch 9 of the 10 Premier League fixtures. Unfortunately the Burnley vs Spurs match was called off due to the pitch being covered in snow, this meant our EPL Prediction was voided. The storm wasn’t able to lower the standard of the football in the other 9 games as there were some games as well with a total of 21 goals in the 9 matches.

Our EPL Predictions for last week returned 9 correct from 15 with an accuracy of 60% which we are happy with due to the difficult weather conditions making the football harder to predict.

In this section we will be looking into our Game Week 13 EPL Predictions in further detail now. The weekend of football began with Arsenal cruising to an easy 2-0 win over Newcastle with the latter posing no threat at all, we are hoping to see Eddie Howe implement his attacking style of play on the team in the upcoming weeks. Liverpool’s 4-0 victory over Southampton saw us take a clean sweep in our EPL Predictions.

There were two 0-0 results which were tough to take for us as we were looking for goals in the Norwich vs Wolves and Brighton vs Leeds matches. The main game of the weekend ended up as a 1-1 draw between Chelsea and Manchester United. Chelsea were the better team for the most part but United offered a threat on the counterattack as you could see the way they broke for their goal. This game was a bit of a let down for our EPL Predictions as an extra Chelsea goal would have ticked the box on two of our predictions. That is sometimes how it works when placing soccer bets but we go again this week.

Looking at Game Week 14 now, we have been treated with a full list of midweek fixtures – feels just like Christmas coming early! We will be picking out our main three fixtures of the Game Week and reviewing them in more detail as well as providing three predictions for them. With the remaining seven fixtures, we will provide you with one prediction per match which means there will be a total of 16 EPL Predictions.

You can pick and choose which EPL Predictions you like the look of and place a wager on them. There is also an option to combine a few of the predictions for higher odds so we recommend you place a smaller bet.

Beginning our week of EPL Predictions is a tasty affair between West Ham who are 4th vs Brighton who are sitting in 9th. We are not sure you would have predicted this would be a top half clash this far into the season but you have to give credit to how well both teams have performed this season. West Ham will be looking to bounce back from their 2-1 defeat away at Manchester City, however Brighton have had a good record at the London Stadium with 3 draws and victory in their last 4 visits.

The first Merseyside derby of the season will take place at Goodison Park and could not have come at a worse time for Rafa Benitez. Everton are coming under increasing pressure due to a poor run of form which saw them lose 1-0 away at Brentford last time out. Liverpool look like they are in formidable form after thrashing Southampton 4-0 in their last game so it does not look hopeful for Everton in this game, however form can sometimes go out the window on derby day.

(All Odds correct on PowerPlay as of November 30th)

Manchester United vs Arsenal is the last game of this Game Week which is very fitting for our EPL Predictions as we predict it is going to be a great game. Manchester United have just unveiled Ralf Rangnick as their new interim manager until the end of the season so could provide some positive energy to get them back on track. Arsenal have gone under the radar in recent weeks and have moved up to 5th, joint on points with 4th place West Ham. Arsenal won at Old Trafford last season so will be coming into this game full of confidence, however we see Manchester United being helped by the new manager effect.

(All Odds correct on bet O bet as of November 30th)

That wraps up our EPL Predictions for Game Week 14! We have done our best to back our EPL Predictions up with statistics to hopefully provide you with the most accurate picks possible. We hope that you enjoy the midweek football and wish you the best of luck if you back any of our choices. Make sure to check out our soccer betting page for extra tips when looking to bet on football.

We also have a great range of sports betting sites for you to use and claim the latest welcome bonuses from!